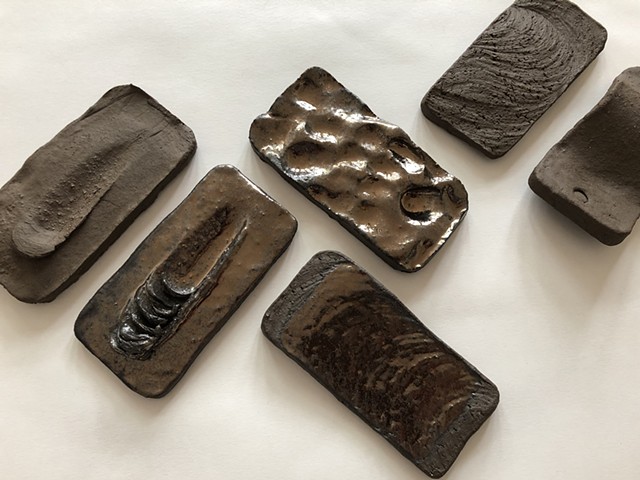 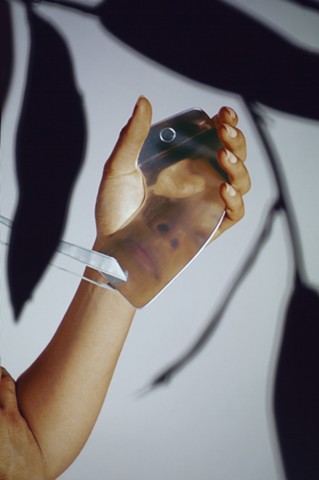 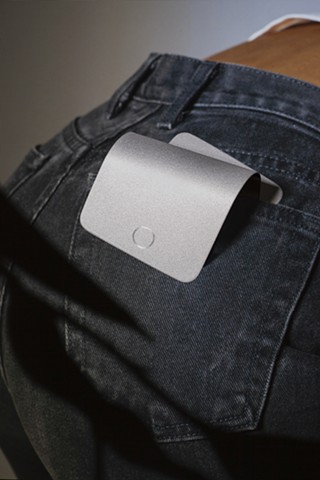 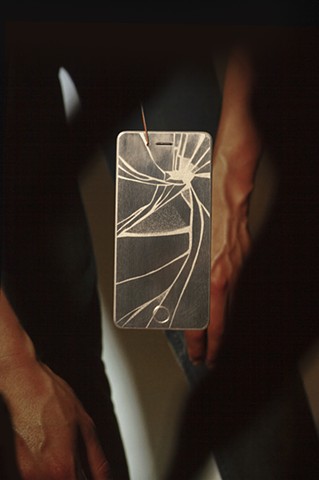 Morgane is a research-driven jewellery maker. Her project investigates privacy and surveillance technologies in the age of the smartphone: the increasing invisibility and dematerialization of surveillance, and how to position oneself against that as a maker of objects. Initially working with a range of face recognition-blocking prototypes, her final collection is a series of 9 aluminum pieces that serve as tokens of surveillance rather than having any actual function. Rather, they serve as decorative pieces that look like iPhones crawling up the pocket, surrounding the body, like shadows of the real thing. At Het HEM, Morgane presents an interactive service where audiences can have free clay replicas made of their smartphones. This later chapter of her work is aligned with her thesis “RendezVous at the Workspace: an Observation,” which deals with the different social elements that surround making through a series of written observations and drawings of various creative spaces. By generating an offline concrete object, the work attempts to stimulate reflection and discussion about value and the dominance of screen-based technology in our lives, even (or particularly) in a design context and during physical distancing.