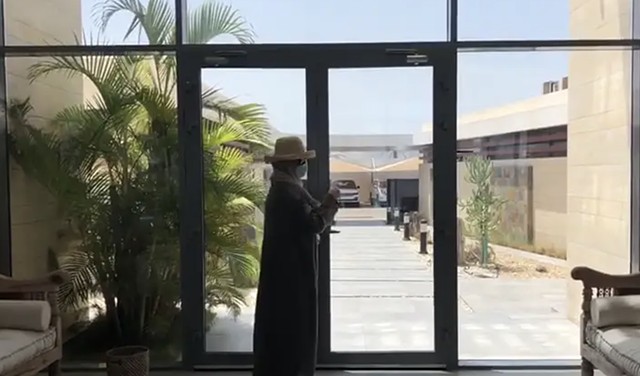 RE- VEIL YOURSELF
video 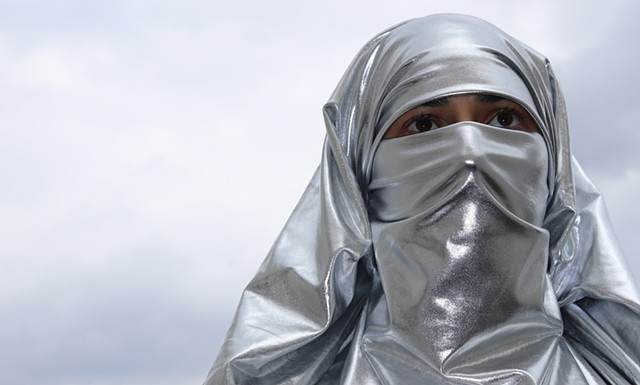 Laila is a Jewellery designer whose work tackles her Saudi origins and reflects on heritage – with a focus on the country’s tradition and its shifting social patterns in the face of modern society. The outcome of her research during Challenging Jewellery is a video that explores what the modern Saudi woman looks like. No longer the victim of society but a prominent contributor, Laila presents the Saudi woman as a contributor to the evolving social norms of her society. In particular, the Abaya or Niqab symbolizes an old narrative that is now no longer relevant or fixed in meaning – and Laila’s practice proposes the idea that Saudi women are taking back control and re-purposing these symbolic traditional clothing. Laila’s presentation at Het HEM takes the form of a guerilla marketing campaign where performers wear 3 Niqabs made of reflective fabrics, prompting discussion and encouraging socializing. The idea behind this is to generate buzz about her upcoming jewellery line that takes the form of modular resin earrings based on motifs taken from traditional bedouin fabrics and tile pattering, which allows wearers to add and subtract, much like the layering of fabrics within the traditional Abaya. By embracing relational marketing and the intention of changing perspectives, Laila extends her preoccupation with nomadic exchange, and proposes entrepreneurship as a critical artistic opportunity in its own right.